Looook at the final phase of our last Chatila campaign... The new campaign is out now, we'll show you tomorrow but you've probably spotted it in all the glossies!

x
Posted by The Production Factory at 11:53 No comments:

This year at TPF

We've had a cracker (hehe) of a year here at The Production Factory, and in the week winding down to Christmas. I asked each producer to talk to me about their favourite shoot of 2014...

First up, Boss man Ant... : Michael Kors!
This was the 1st true job of 2014 where we had to pitch our concept and ideas for not only stills, but moving image against 3 other agencies.

From initial brief and their requirement we put a strong team in place for art direction, photographers and film crew suggestions.  From there we worked closely with Michael Kors on the whole process and were responsible for all aspects of the shoots.
It was the 1st time MK has done a domestic shoot in the UK like it.


Now technically I didn't really produce that one all by myself and have "Little One" to thank for the main part but I was kind of the "man behind behind the man". 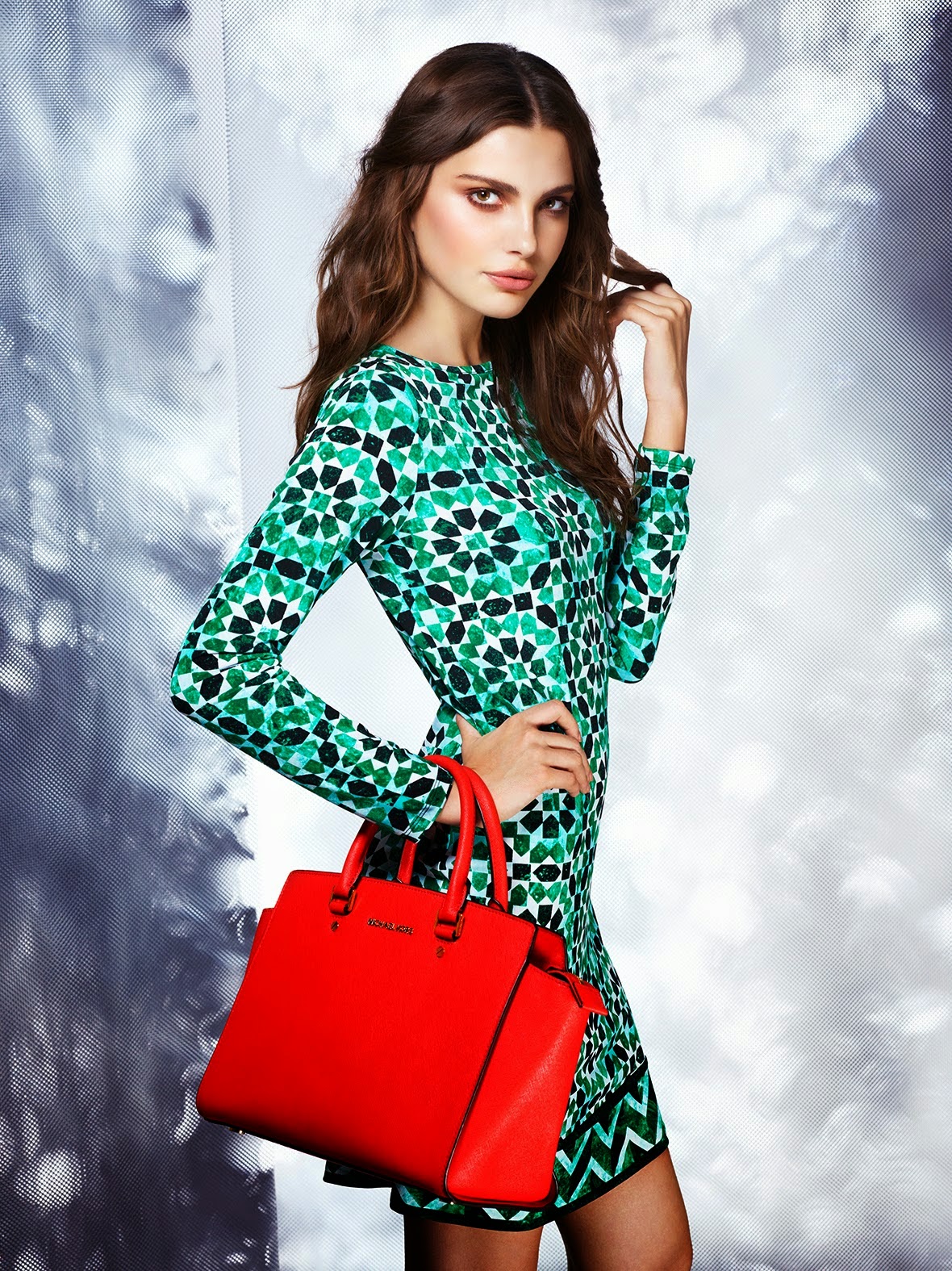 Ellie (Pre mentioned "Little One") : Cyrillus! A big chunk of a job with totally different situations each day but the highlights were :
-           shooting on Westminster bridge on one of the hottest days of the year at 12pm on a Saturday. We did a whole set up on the bridge of a sofa, rug, lamp and had 8 models and a dog . The final image doesn’t show in any way how HECTIC it was.
-          The photographer realised it was lambing season and decided she absolutely had to have a shot with the model holding a lamb which resulted in Andy and I running around in a field trying to catch one – not as easy as it sounds! We pulled it off though by finding a lambing farm and choosing one from there and even saw a lamb being born!
-          We saw a random horse in a field that the team wanted in the image so I had to coax it out of its field and bring into the shot – first time I have touched a horse! 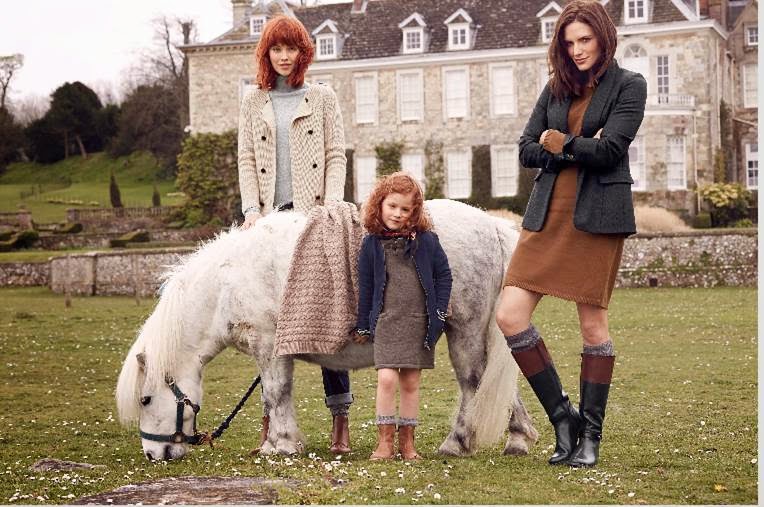 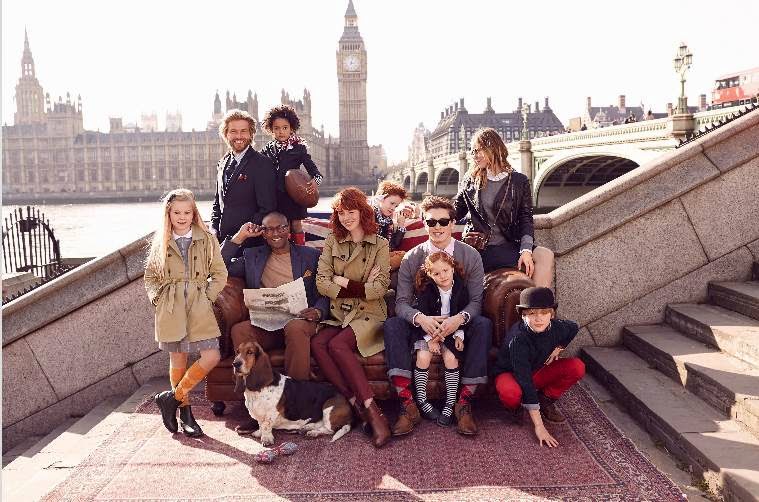 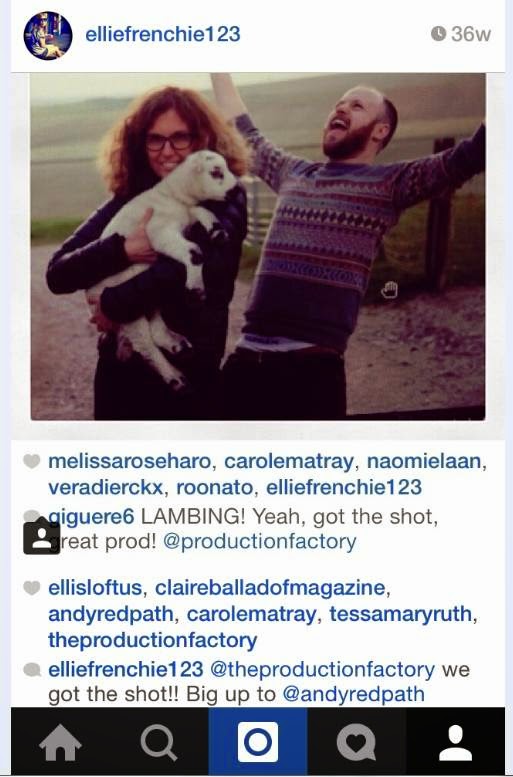 Sam : Shooting three models at night in Times Square for 4 nights on the bounce while trying to keep control of 25 crew, 4,000 Japanese tourists, and the odd fat American, it has to be New Look 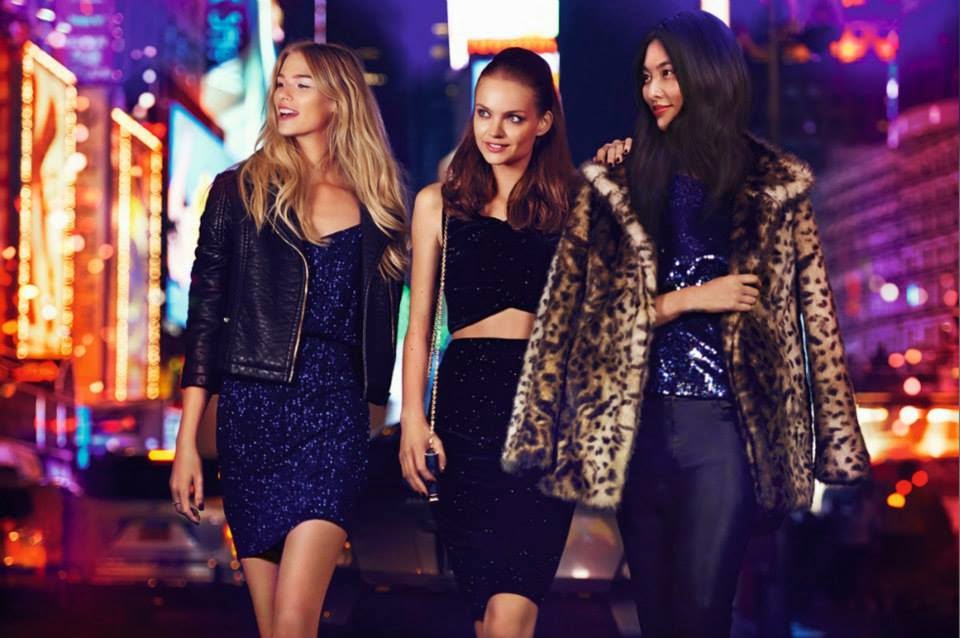 I wouldn’t necessarily say this shoot was the highlight of my year but it’s definitely the one I’m most proud of: 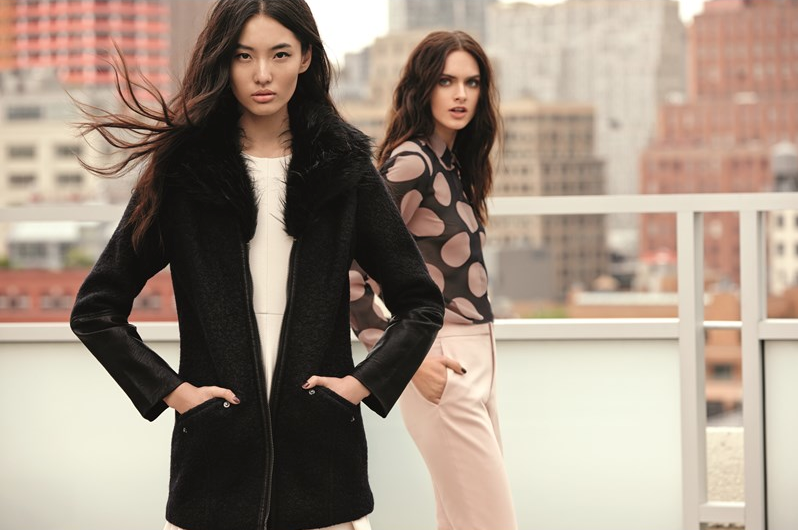 With the help of our location manager Charlie we’d pulled together an epic shoot in London on an office rooftop and around the city streets. The shoot was all ready to roll, right down to the catering and couriers. Then a couple of days beforehand the photographer flies over from New York and gets turned away at customs due to visa issues. It was panic stations trying to find a replacement photographer, when we flipped it on its head and moved the shoot to NY! A hectic day followed, but between us and our brilliant team in NY we managed to pull it off in two days and get the London team flown over there. We should definitely change our name to 48 hour Productions! 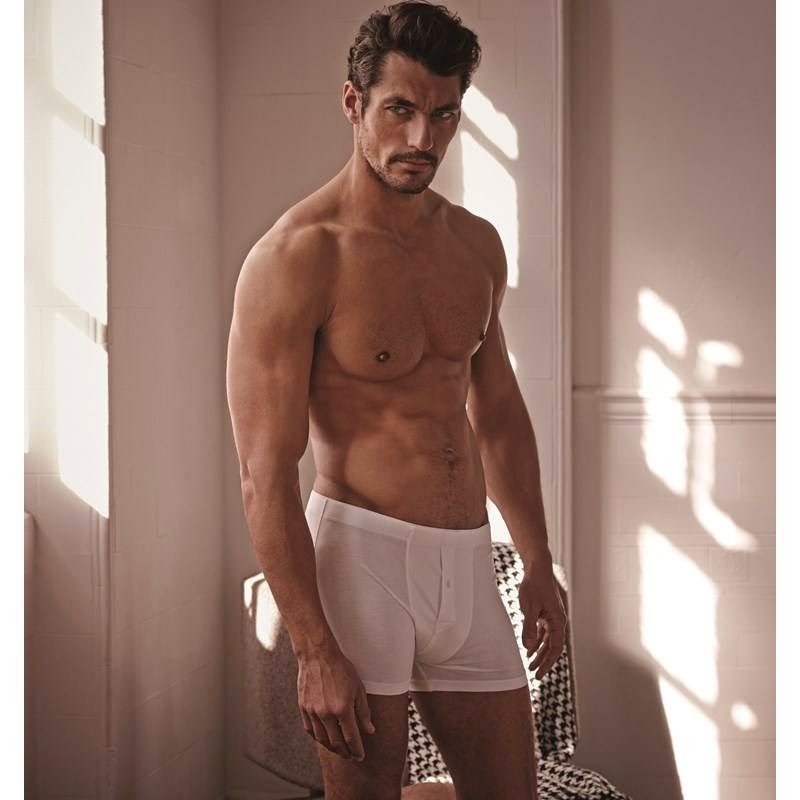 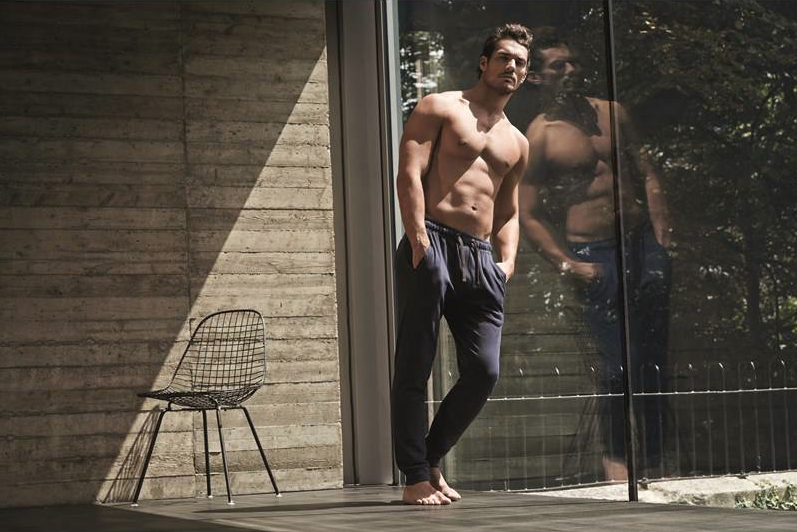 Tessa : My highlight of 2014 was producing Oscar De La Renta's SS15 Campaign; hectic and stressful but a challenge and pulling it off was the best feeling! Starting the job a week before it was happening the pressure was on straight away, juggling time zones and straight on a flight last minute. We had our work cut out from the off with a big team flying in from all over the world; we were running all over the city sourcing everything from English breakfast tea to silver service trays and dealing with the inevitable curve balls arriving last minute. When we called a wrap at the end of the shoot there hadn’t been a cloud in the sky all day, the shots looked great and the team were happy - we were all dead on our feet, but I was super proud we had pulled it off. 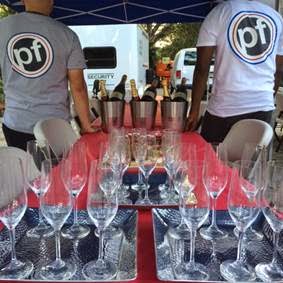 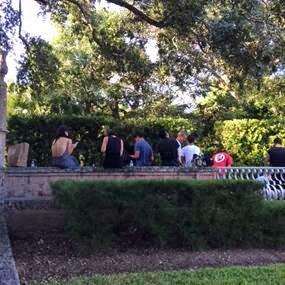 Ellis : The Ford Focus shoot in Madrid was definitely a highlight of the year for me. Firstly, we shot in a military camp in a small Spanish town called Toledo surrounded (literally) by thousands of mirrors. It honestly felt like you were cooking yourself in a wood fire pizza oven and as a sun worshiper, I can safely say I’ve never felt heat like it! 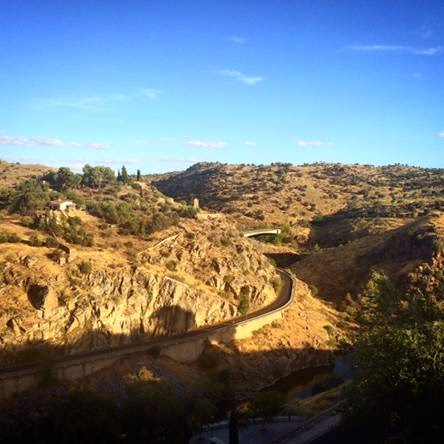 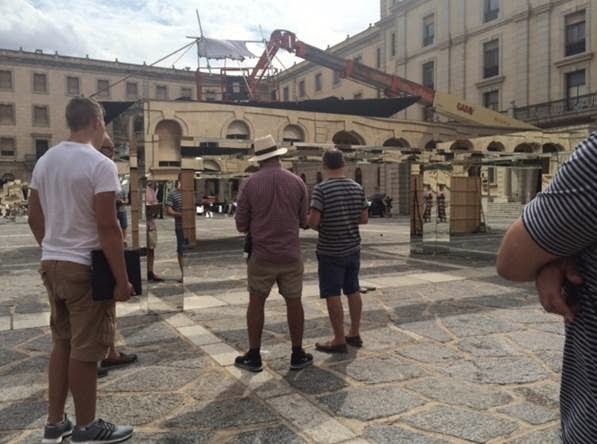 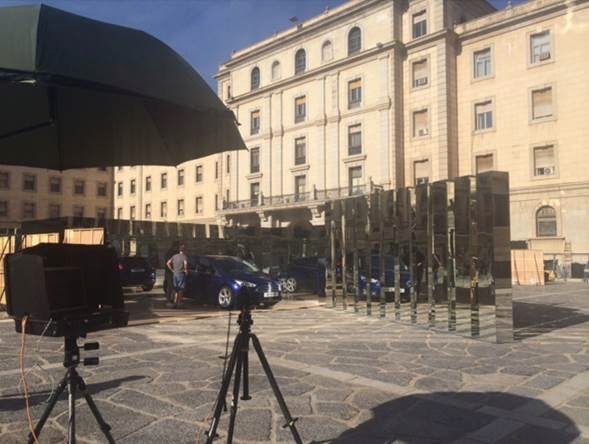 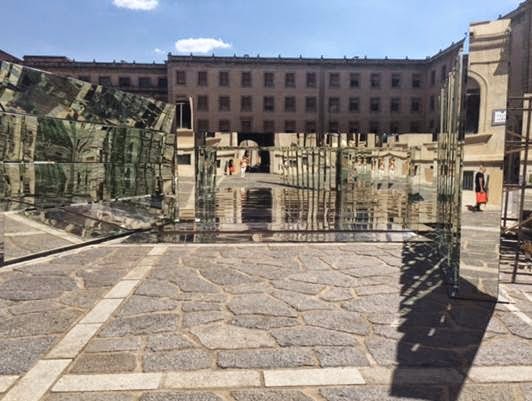 We then moved into the centre of Madrid to shoot in front of the Royal Palace, where on the shoot day a delightful group of protesters decided to march through the square and past the cars just as we had started shooting. This was after waiting around 7 hours for the sun to be at the perfect height! The crew, myself and the client were also running in and out of the set to be extras in the shot, which was eventful whilst crowd controlling. It was all good though and we wrapped in the early hours of the morning. A great shoot and a lovely team! :) Clare : VERY excited to be involved in producing this fantastic surf story for the very first issue of amazing new menswear magazine AT LARGE, which launched this month. 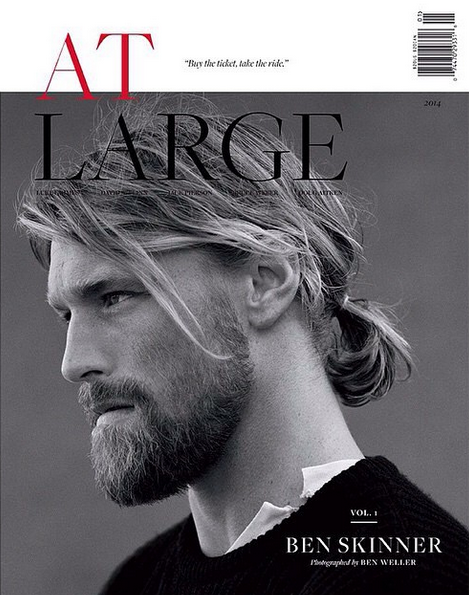 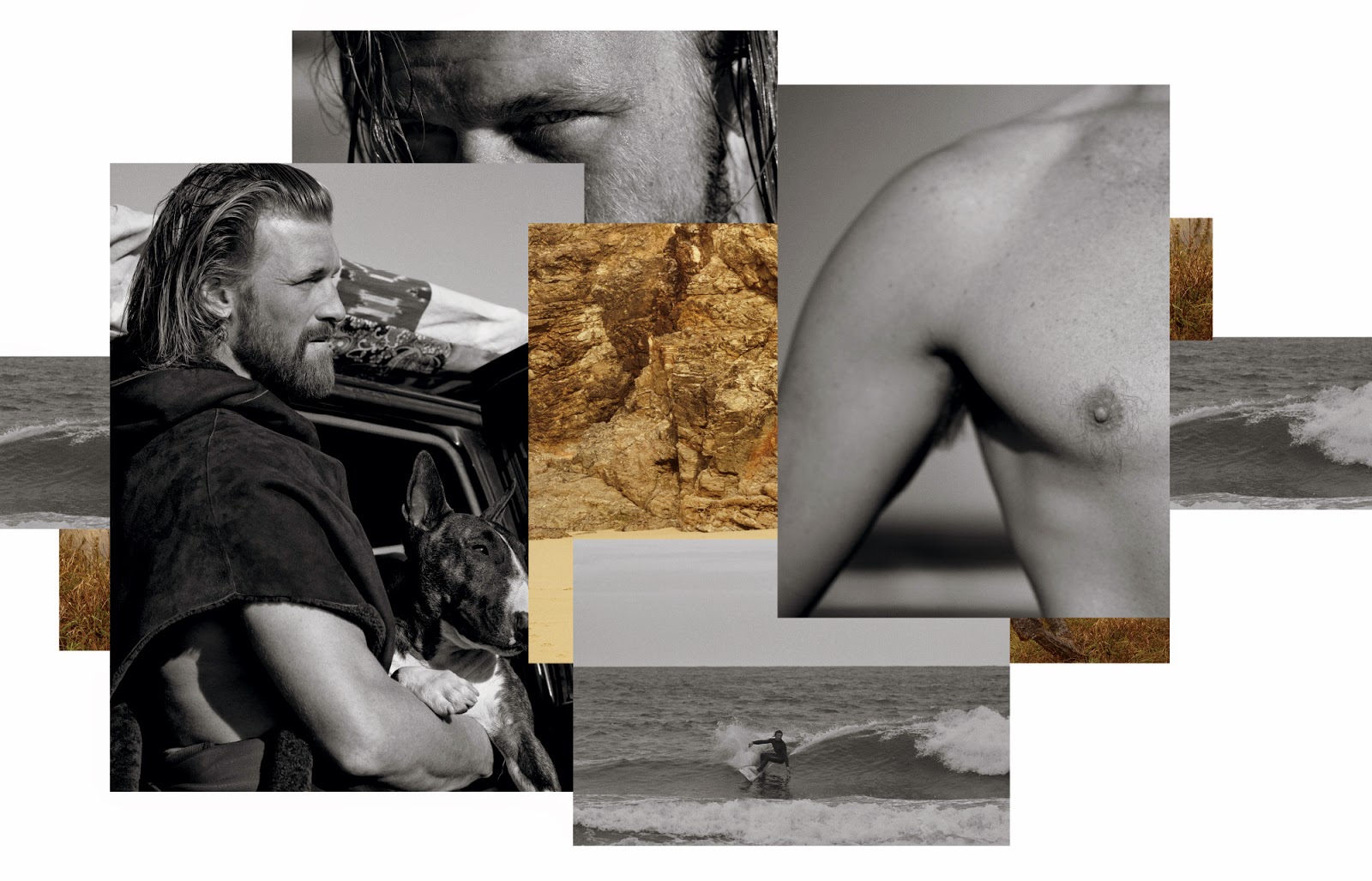 The model is longboard surf champion Ben Skinner, who has been riding waves since the age of 3!  I am sure we will all agree is he extremely HOT……!   He even brought his kiddie wink along (aaaaaah I can hear all the girls say). 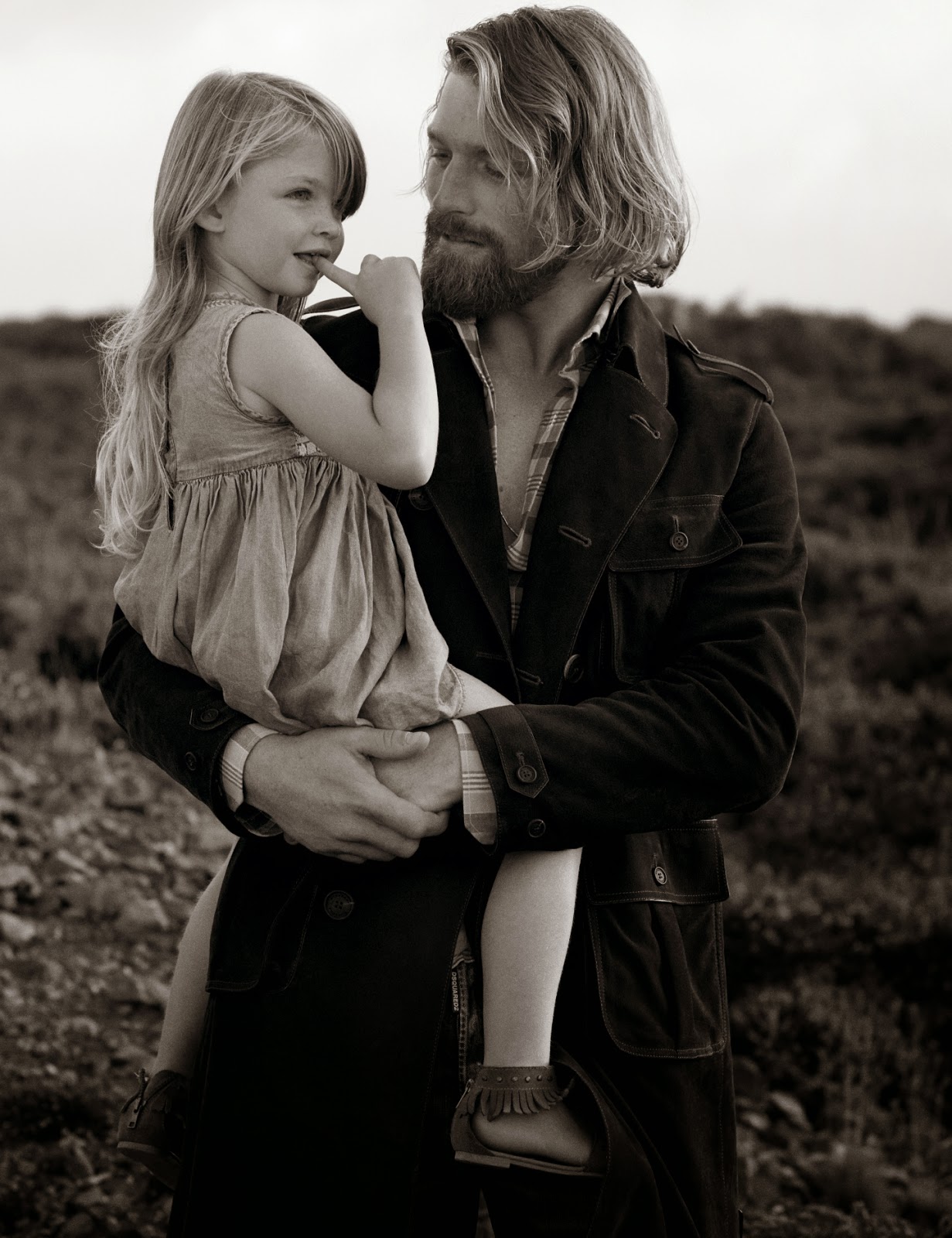 The team all headed off to beautiful St. Ives in Cornwall to shoot Ben near his home ground, by the water….with surf board in hand!   It really was a pleasure to work with this team; fashion director Julie Ragolia (who is the brain child behind this new magazine) and incredible photographer Ben Weller……I wish all teams were like these guys!  Production would be a breeze.  We wish Julie every success with her new magazine, we know it’s going to be massive! 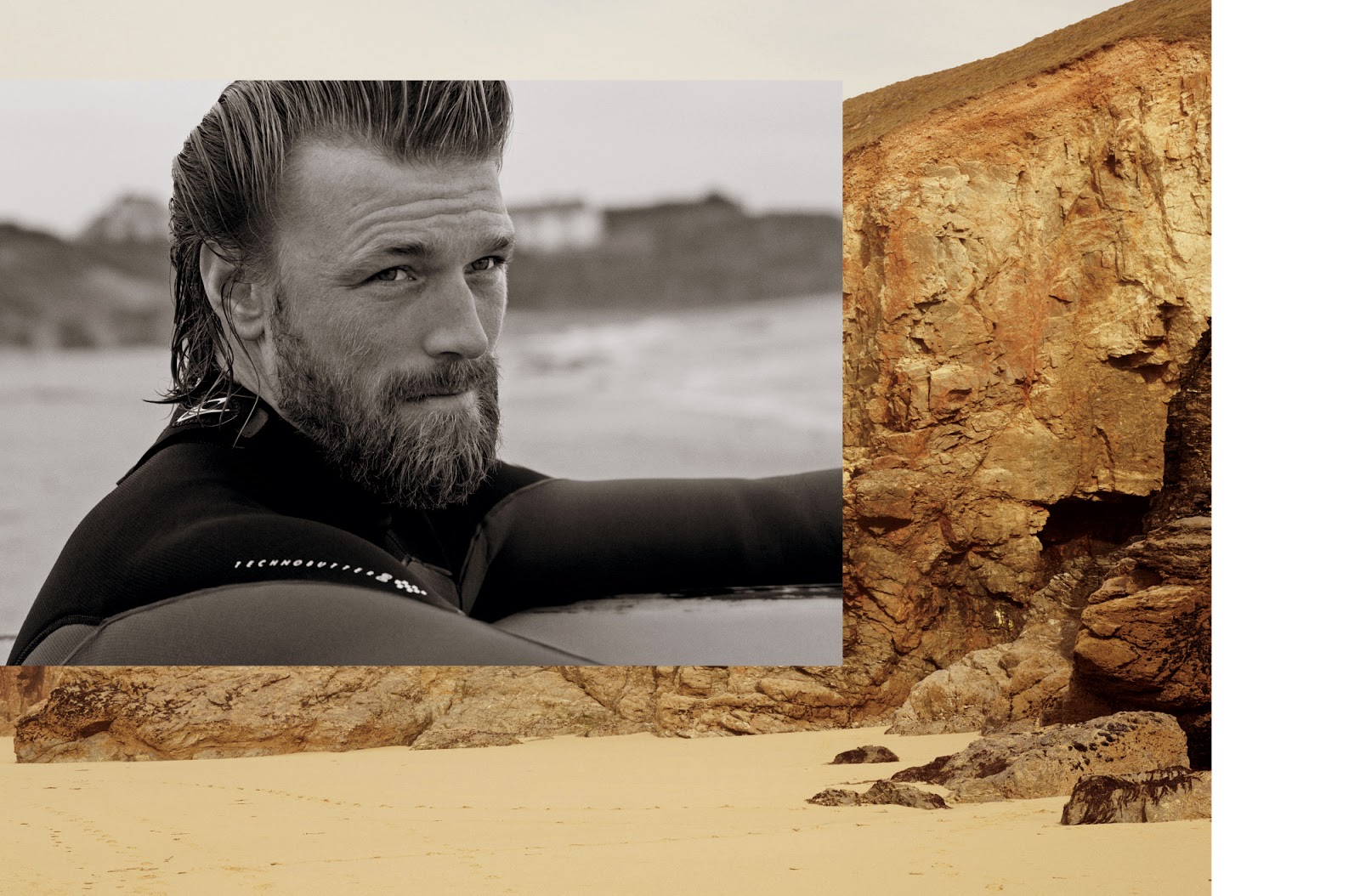 And last but by no means least, Sally : This year I Produced this… 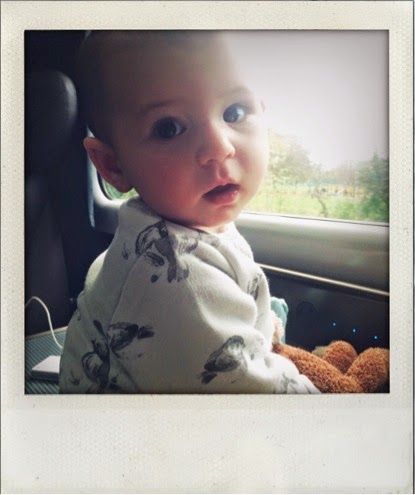 Merry Christmas everyone, look forward to working with you all in the New Year!

Posted by The Production Factory at 16:04 No comments:

From Fashion Director Julie Ragolia we produced this stunning shoot for the first issue of At Large Magazine. It's a stunning black and white editorial, we are thrilled to be part of this exciting new title. 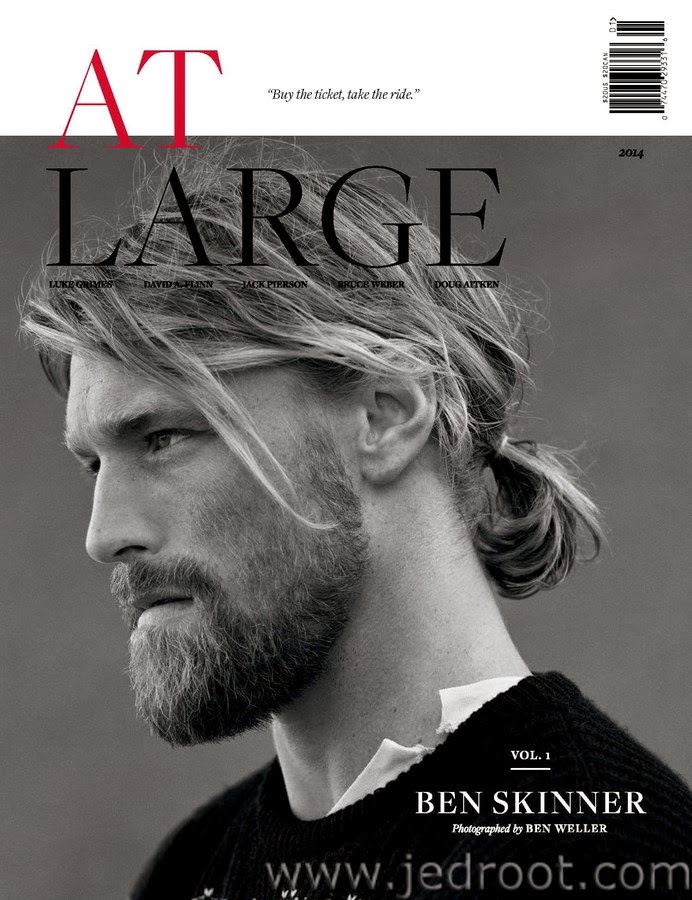 x
Posted by The Production Factory at 10:49 No comments: